Milling and turning are daily operations in CNC machining workshops. Both technologies use cutting tools to remove material from solid blocks to make 3D parts. Material removal is a method of classifying them as a subtractive manufacturing process, but there are key differences in these operations.

Turning means that the workpiece rotates around the central axis. The cutting tool remains stationary and moves into and out of the workpiece for cutting. Turning is used to create cylindrical parts and cylindrical derivatives; for example, think of parts shaped like baseball bats, shafts, railings, and uprights.

Turning operations include OD and ID cutting and grooving, boring, chamfering and drilling. Since the cutting tool applies force to the workpiece in a direction perpendicular to the axis of the workpiece, it is important to support the workpiece to reduce deflection.

On the other hand, in the milling operation, the cutting tool rotates, and at the same time firmly fixes the workpiece to the table.

The cutting tool or worktable can be moved orthogonally in the X, Y, or Z directions for cutting. Milling can produce more complex shapes than turning. It can even produce cylindrical shapes, but in order to save costs, it is best to leave these shapes to the lathe.

The limitation of milling involves whether the tool can enter the cutting surface. Using longer and thinner tools can improve the operating range, but these tools may be skewed, resulting in poor machining tolerances, poor surface finish, and more tool wear. Some advanced milling machines have articulated joints that can perform angle cutting and improve operability.

Both turning and milling operations can be used to create complex parts. The main difference is the shape of the final part. For cylindrical parts, please turn. For most other parts, milling works best. 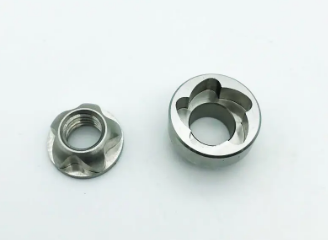